Anyone who's been in or visiting Taiwan for as long as I have will remember when Taiwan's first upmarket, fully-vegan restaurant opened as Sophie's Garden about six years ago (yes, that shows how far Taipei has come in such a short time). At that time people would travel from all over Taiwan for a taste of vegan luxury.

After a short closure, Sophie has re-opened her restaurant as Blossom Rena Vegan Cafe, and it's now in a more convenient location not far north of Taipei Main Station. She still serves the elaborate sets which Sophie has been famous for for many years, however the new restaurant also serves lighter, lower-cost simple meals or snack foods, of course with her customary blend of Eastern and Western favourites, some of which aren't available anywhere else.

I am leaving this page on the original Sophie's Garden here for posterity, because it was one of my earliest blog posts. Please note that the restaurant has morphed into Blossom Rena (above).

Sophie's Garden is a vegan restaurant in Taipei serving more international and upmarket fare than the Loving Huts. The owner, Sophie, has lived in France, and she specialises in the fusion of Taiwanese and European cuisine; specialities include not-so-stinky tofu made with milder, European herbs and flavours. In my opinion Taipei has very few good a-la-carte vegan (or even vegetarian) restaurants, but this is as good as they come and must-visit for anyone visiting or living in or around Taipei.


For a posh a-la-carte restaurant in a fairly upmarket suburb of Taipei, prices are very reasonable. A multi-course meal ("set") generally costs around 500NT (see photos below), placing Sophie's Garden in a small niche of restaurants in between regular LHs and backstreet pay-by-weight buffets, and the posh, expensive an all-you-can eat buffets such as Jen Dow and Evergreen. Price-wise it isn't far above the more upmarket LHs such as the Mikai and ZhongXiao ("International Fusion Cuisine") branches , it but provides much more of a European dining experience.

soup + drink + stinky tofu with European herbs. The drink tasted like mulled wine but much much better (and no doubt healthier) and is made on-site. 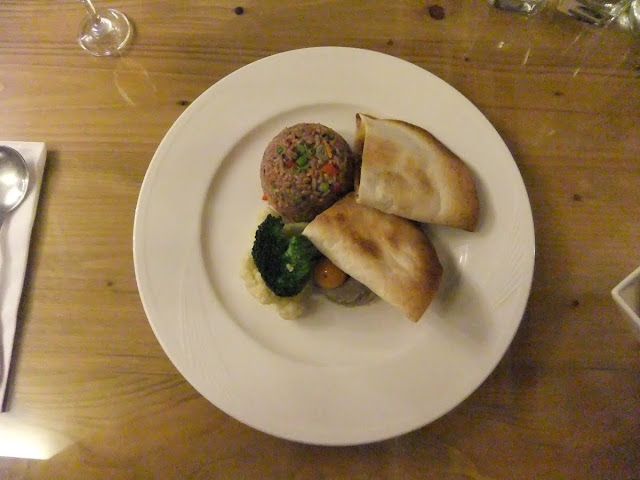 dessert and a cup of tea


Sophie's Garden invites top-class vegetarian performers to entertain guests, particularly on Saturday nights. Some don't normally perform for such small audiences but are happy to make an exception for a veg'n restaurant. I saw the belly-dancer and her companion one Saturday and then soon after saw them on national television. Sophie speaks good English and I recommend calling her to find out when a performance will be and make a reservation; sitting eating a multi-course meal while being entertained by professional vegetarian entertainers is not an everyday opportunity in Taiwan (or anywhere?). 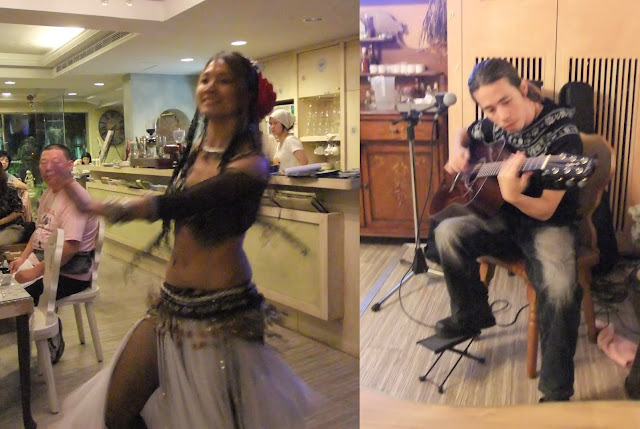 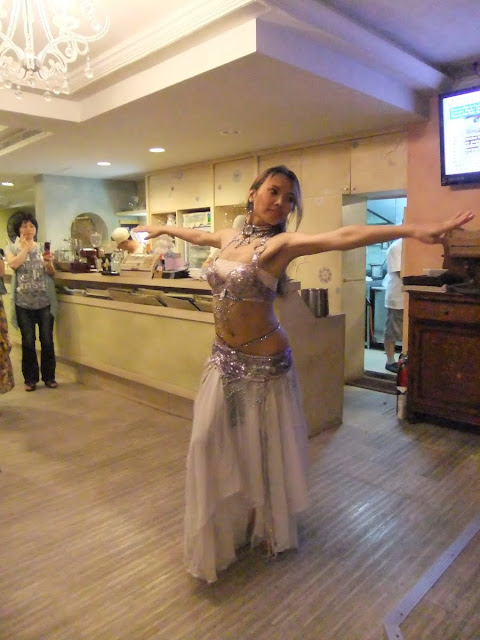 After a small break they put on another performance. 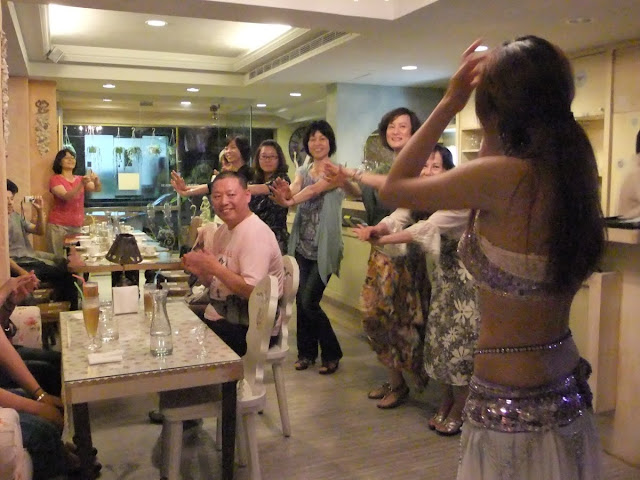 And then all the women were invited to participate.


How to Get There
Take the MRT to Sungshan Airport station ( the domestic+Japan+China/HK airport in the city on the brown MRT line, not to be confused with Taipei Taoyuan International Airport which is usually used for international flights and cannot be reached by MRT). Take exit 2 (1 will also work), cross the road and walk through DunBei park, saying Hello to the wildlife on the way. 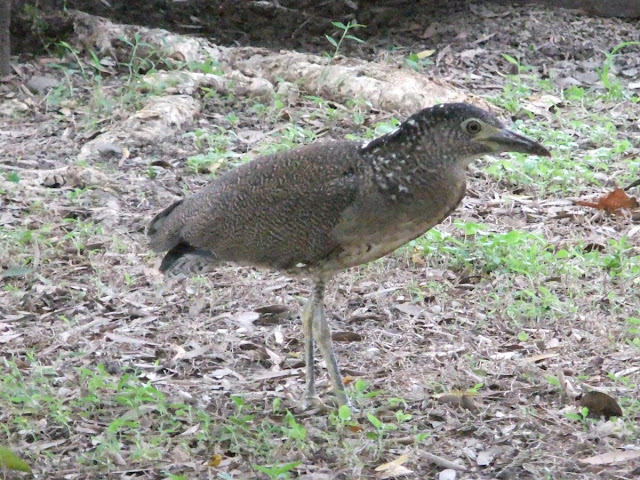 Say hello to the wildlife in Dun Bei Park, or watch others taking photos of them.

Then walk down Lane 12, Fu Jin St, and take the first left, ie. follow around Min Zu elementary school anticlockwise. Then take the first right and Sophie's Garden will be on your right. I recommend printing the map below or taking a photo of the address and asking someone for help if necessary; it's difficult to explain but it's only a few minutes from the MRT and once you've been once you'll easily find your way back and there again (and you will be too). Note that the Google map directions follow the road, whereas it's possible to walk directly from the MRT station to the elementary school.

Traveller's Tip
Songshan Airport is located right in central Taipei, and is much more convenient than the main 'Taipei Taoyuan International Airport' (formerly and unfortunately called Chiang Kai Shek International Airport, named after Taiwan's former Chinese murderous dictator) located an hour or so from Taipei City. Flights leave for domestic locations (not that there's any need to fly domestically in Taiwan), China and Japan. I fly semi-regularly from Tokyo to Taipei, and flying from Haneda (in Tokyo) into Songshan cuts at least two hours (and ~1500NT dollars for the transfers at each end) off my trip. And best of all, a meal can be had at Sophie's on arrival or departure.