It's been a while since I've made it to Lion Head Mountain (also called Shitou Shan or Shishan), but as one of my favourite countryside retreats in Taiwan, and only a short scooter ride from where I used to live, it's a place I have fond memories of. So this post is a bit of a trip down memory lane.

Lion Head Mountain has been a sacred spot for Buddhists since the Ching Dynasty, and the oldest temple dates back over a century. The mountain has since grown into a network of Buddhist and Taoist temples, ranging from large and elaborate to humble Budhhist nunneries. 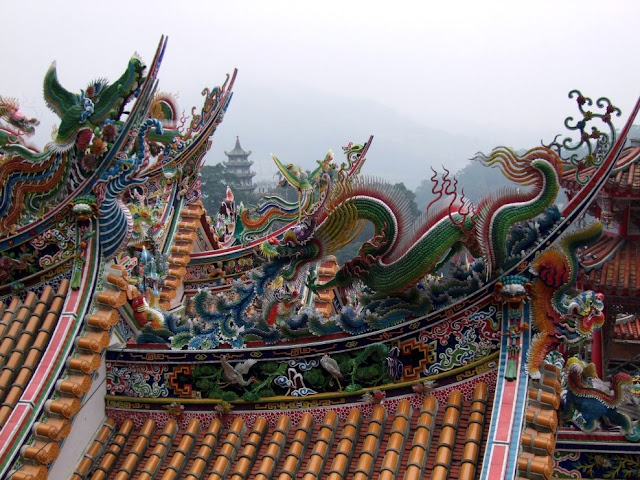 And of course there are moral lessons to be learned...


But it's more than just temples: the breathtaking scenery alone makes LHM a great day's hike or better a charming weekend getaway from Hsinchu or as far as Taipei.

Being a Buddhist spot, it's a safe haven for a range of fairly tame wildlife. 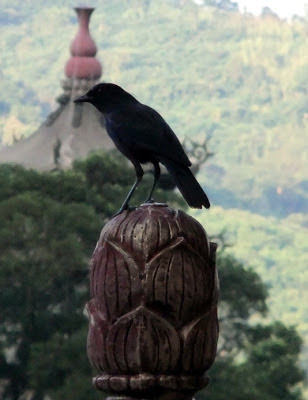 But it's perhaps not the place for one with a spider (or other insect) phobia. 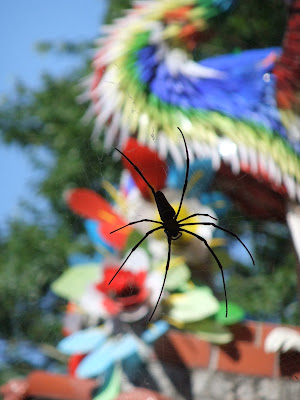 
To really experience the tranquility of this sacred spot, I recommend staying overnight at the Chanhuatang (also Cyanhua) Temple. Being a Buddhist institution, the rooms are clean and simple, and feel perfectly appropriate for the location. 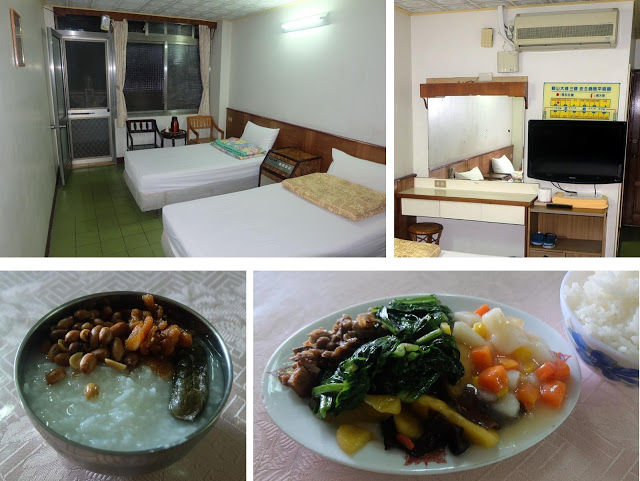 Meals are simple Buddhist temple food, but fake meat may contain dairy products (this one shown here is pure wheat gluten). It should provide enough sustenance for a meal or two, but I recommend bringing plenty of snack food as well.

The early sunrise over the pagoda is indescribable, so be sure to go to bed early and get up to enjoy it. 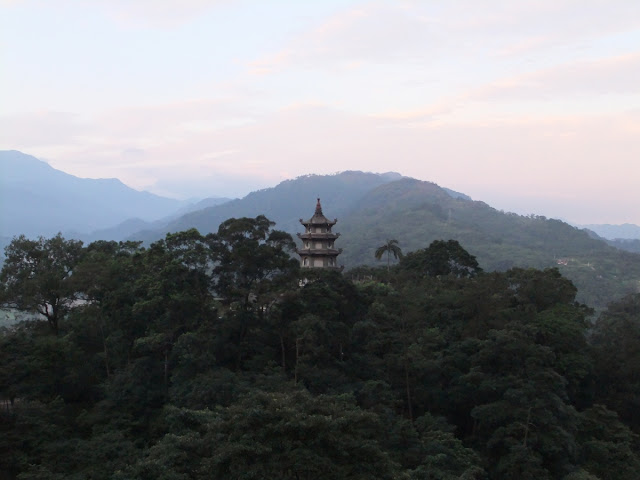 
It's not easy to get to Lion Head Mountain. By far the best way is with your own transport, however there is now a new tourist bus which leaves from outside Zhubei Station (竹北火車站). From the exit follow signs to the right to the tourist bus outside. For a faster and more convenient option if coming from Taipei, the bus also stops at Hsinchu High Speed Rail Station (高鐵新竹站), half an hour from Taipei Main Station by high speed train. Buses arrive at the Lion Head Mountain Visitor's Centre, from which it's a beautiful hike down to the Changhua Tang Temple (and hotel - see above) so be sure to find out what time the last back back to Zhubei leaves, and allow enough time to hike back up if you can't stay the night at the temple. As of November, 2016, the last bus back ranges between around 17:00 and 18:30, depending on the day.


Beware that Lion Head Mountain is a very popular weekend attraction, so if you're after a more solitary retreat, visit during a weekday. I stayed overnight during the week and felt as if I had the whole mountain to myself; my scooter was literally the only vehicle in the visitor's carpark. 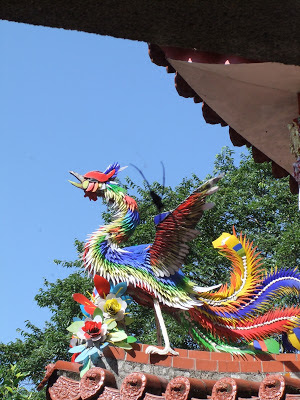 Buses generally go to the Lion Head Mountain Visitors Centre, which offers English maps and guidance, and nearby is a charming teahouse. From there it's a pleasant hike to the Changhua Tang temple (where it's possible to stay overnight, as described above), and the area around the visitor's carpark becomes alive with small markets during the weekend.